Even the best writers make an error or two along the way. It’s nothing to be ashamed of,here are some common mistakes that you can avoid!

What's on this Page 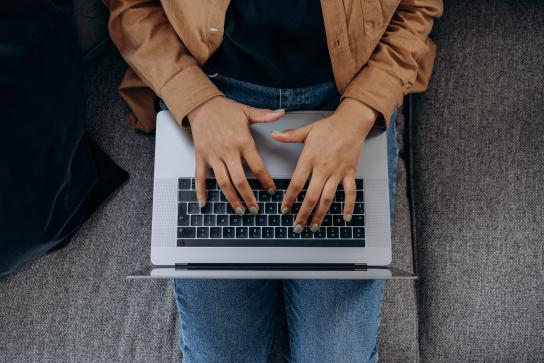 It’s safe to assume that you write something every day – a text to a friend, an email to a colleague, a report for your boss. But do you proofread closely for mistakes, or just skim and hope for the best? A close read is better – science has shown that writing mistakes are inevitable on your first draft. So, no, you can’t entirely avoid grammar mistakes or misspelled words, but you can reduce how often you make the most common writing mistakes. Here’s how.

Think about the last time you read something with many typos or incomplete sentences. Wasn’t it confusing and disorienting? Writing issues can affect readers in all kinds of ways, including:

Readers may struggle to understand you. Sure, a few writing errors won’t mean people can’t understand you at all. But you can’t communicate as effectively with multiple spelling mistakes, poor grammar, and improper punctuation.

It may be confusing or frustrating to read. Misspelled words and grammatical errors can be downright confusing, they can totally change the message you’re sending. And if your reader doesn’t get the message, it can cause a serious headache.

Your reader will lose interest. The worst-case scenario is that, if your writing is full of errors, the reader may simply stop reading. If they no longer understand what you’re saying or your topic lacks that “wow” factor, how can you expect them to pay attention?

It changes how people perceive you. If you use the wrong words and phrases – or fill your writing with errors – people might not take you as seriously. Spelling and grammar mistakes can reflect poorly on you and (incorrectly) reflect the quality of what you’re offering.

13 Most Common Writing Mistakes You Need To Avoid

Even the best writers make a mistake or two along the way. It’s nothing to be ashamed of, but you should try to improve it.

There are so many ways to describe someone or something, but not all words are interchangeable. Choosing the wrong synonym can drastically alter what you actually want to say. Subtle differences between similar words can completely transform your intent. For example, describing someone as “tall” clearly refers to their height, but saying they are “of stature” could mean physical size, reputation, or character. Similarly, someone “understanding” what you said is not the same as “comprehending” the details and context of your statement.

This can also apply to writing concisely. “Due to the fact” can easily become “because” without losing any meaning. You’ll also get to the point faster and leave little doubt about your intention behind your word choice.

Spellcheck rarely catches each and every typo, especially if that mistake is swapped with a common word. If you’re describing a “bear” of a project but type “bare,” that’s an error spellcheck won’t highlight. It might also struggle with compound words. It can typically discover when you misspell a word like “catastrophe,” but it might not catch when “otherwise” should be “otherwise.” As helpful as spellcheck and other tools may be, these examples prove that nothing beats an old-fashioned proofread.

Commas and other punctuation marks can totally change the meaning of a sentence. For example, it’s the difference between “let’s eat, Grandma” (you’re serving the family dinner) and “let’s eat Grandma” (you’re accidentally implying cannibalism). Here are a few more common examples of comma misuse.

After the last item in a series, or before the first, the commas after “buy” and “blueberries” in “I asked my friend to buy, an orange, an apple, and blueberries, for our picnic” shouldn’t be there. Between an object and a preposition. You should write “I gave it to her,” not “I gave it to, her.”

The rules separating too many commas from too few commas are commonly confused. As a result, you might miss commas in a list – namely, the infamous oxford comma. The Oxford comma is the last comma in a list, and though some style guides say to avoid it, most grammar authorities say to use it. That means you sell “apples, oranges, and bananas,” not “apples, oranges and bananas.”

Another typical mistake is forgetting to add a comma when you’re connecting two independent clauses. Put more simply; this mistake means forgetting a comma when you combine two sentences into one with a conjunction. This type of comma would appear after the conjunction, and help you avoid a run-on sentence when you add it. For example, that last sentence is exactly how you use a comma to connect two independent clauses – there’s a comma before “and.” Think of it this way: If your sentence can become two separate, complete sentences, if you put a period in it, you’ll need a comma there.

Every verb has five forms: the root, present participle, past, past participle, and third-person singular. Take the word “buy” for example:

A pronoun takes the place of a noun, but an unclear pronoun reference is worse than if you just used the noun. So too are incorrect pronouns and pronoun cases. Yes, you can say “she” after the first time you mention Jennifer, instead of saying her name over and over again. But a typo of “he” instead of “she” can be confusing at best or downright inaccurate at worst.

This can also make things quite unclear if there are multiple subjects in your sentence. For example, when talking about John, Jim, and Jorge, and you write “he” in your sentence, which “he” are you talking about? In the sentence “Talk to John, Jim, and Jorge so he can help you,” “he” is best off replaced with “they,” so it’s clear you’re referring to the group and not one individual.

You likely use generic words all the time, and that’s okay in conversation. In writing, words such as “things” or “stuff” are not good to include. For example, “these kinds of things make me feel sick.” What are those things? Gluten? Milk? Peanut butter candies? Other common phrases could be “sort of” or “kind of.” For example, if you write that “It’s kind of good,” well, is it good, or is it bad? Vague and generic words can lead to more questions than they answer.

Not Being Aware of Context

Depending on your audience, you should decide whether writing formally or informally is more appropriate. If you’re writing an email to a professor, a post on LinkedIn, or a newspaper article, chances are you should sound formal. On the other hand, if you’re writing a letter to a friend or family member, being informal is totally fine.

If you feel like you’re constantly repeating yourself, try going online and looking for synonyms. New words keep your writing fresh and exciting.

Surely, there have been times when you’ve rushed your writing, and after you typed the last sentence, instead of proofreading, you hit “submit.” We’ve all been there, but we also all should’ve proofread. That’s how you find and fix spelling, grammar, and punctuation mistakes – and make your writing more readable and enjoyable.

How to Fix Most Common Writing Mistakes

In addition to the spellcheckers we discussed earlier in this article, there are a few more actions you can take to ensure your writing is error-free.

Get a second pair of eyes on your text.

It never hurts to ask someone to read your writing before you file it. A fresh perspective can catch any issues that you may have glossed over.

What if you could reuse your perfect writing time and again? With customizable templates and snippets, you can do exactly that. This way, you can write a clear email or letter with a few clicks. It’s easy to use, and templates are error-free by design.

Writing a piece without errors is like asking a toddler to sit still – highly unlikely. But with the right tools and tips, it’s a goal you can easily achieve. Text Blaze offers easy-to-use, fully customizable templates you can load anywhere in your web browser. By automating your repetitive writing, Text Blaze ensures that little slip-ups in spelling and grammar don’t fall through the cracks.

Hi there! You made it all the way down to the bottom of this article. Take a few seconds to share it.

Want to turbo charge your work with templates and snippets? Text Blaze is the fastest way to do that.

Add to Chrome –  It's Free! Go to Dashboard